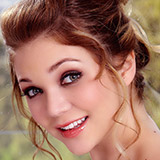 Jessie Andrews is an adorable babe from Miami, Florida. Her hair color often changes, but her level of sweetly sexy appeal is always extraordinary.

At age 18, the all-natural dream girl entered into the adult biz and has been an industry star ever since. In addition to countless photo shoots and well over 100 skin flicks, Jessie was also hired to appear in a mainstream Miley Cyrus music video.