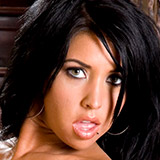 Cody Lane isn’t more of just the same. She is a wild ride of a woman with insatiable urges and not one single bit of shyness.