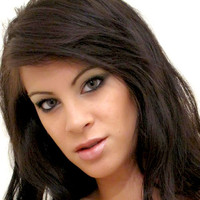 Talia Shepard describes herself as being down to Earth, goofy, genuine, and super sexy. We think that sounds about right! Fans of the remarkably busty entertainer know that she is all of that and so much more!

Talia was born October 3, 1989 and joined the adult biz in 2009. She has been very busy modeling and performing for the top companies in the industry as well as earning titles and seducing men all over the world via webcam.

When the bisexual brunette isn’t flaunting her eye-popping 28GG breasts for the camera, she can be found walking her dogs, tanning, watching scary movies, playing video games, or out drinking and dancing with friends. She likes to live life to the fullest and enjoy new experiences. Her adventurous side comes through in her shoots and scenes.